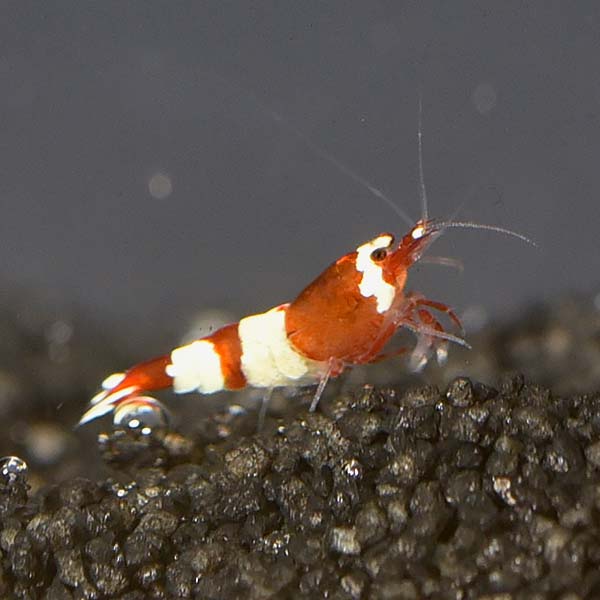 Ornamental freshwater shrimp such as the Red Panda Shrimp have gained popularity thanks to their hearty appetite for all kinds of freshwater algae. These highly adaptable shrimp do well in most freshwater aquariums with good filtration and water quality. However, Red Panda Shrimp will thrive in planted aquariums where food and shelter are abundant. For "shrimp-only" setups, Neocaridina shrimp can be kept in a dedicated aquarium of at least 3 gallons in size or a colony or breeding tank of least 10 gallons in size.

If there is a male and female in your aquarium, Red Panda Shrimp will most likely breed. The female will carry a clutch of eggs under her tail until they hatch in about 30 days. The newly born shrimp will look like miniature adult shrimp and will eat the same thing as the adults. If breeding shrimp, it is important to keep them in a breeder aquarium with a sponge filter. This added precaution helps maximize survival of young shrimp.

Red Panda Shrimp are omnivores that will consume algae, detritus and left-over food. If insufficient food is present, supplement with algae tablets or quality flake food or pellets.