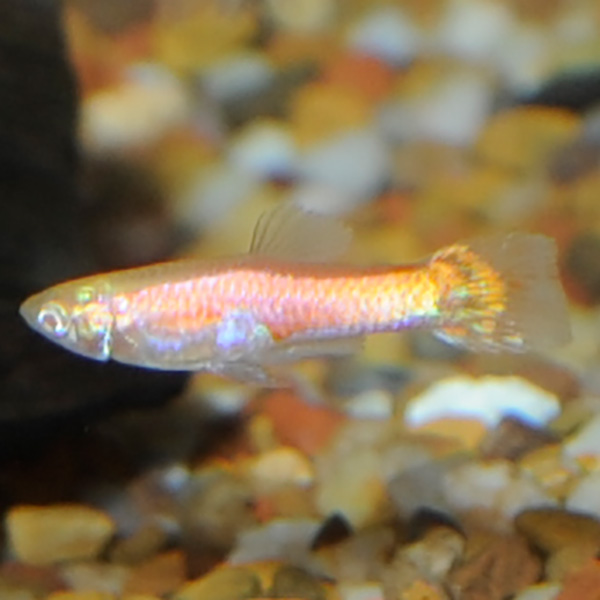 Red Eyed Endler Guppies are a beautiful, high-grade fish, considered to be one of the rarest Guppy species aquarium enthusiasts yearn for. Their darker eyes give them an incredibly unique appearance, hence their title.

The real Red Eyed Guppies have red eyes, but are darker than their albino counterparts, and have small bodies.

These gorgeous specimens generally have a peaceful temperament, making them a prime candidate for even beginners.

The Red Eye Endler Guppy is an omnivore and requires both algae-based foods as well as meaty foods. An algae-based flake food, along with freeze-dried bloodworms, tubifex, and brine shrimp will provide guppies with the proper nutrition.