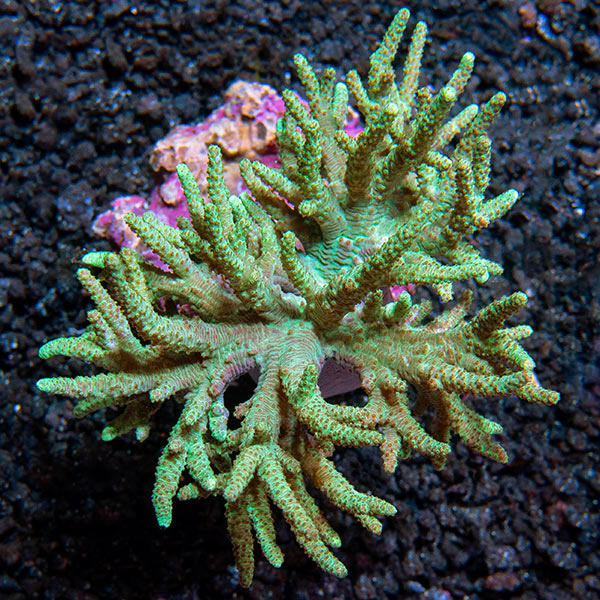 The Green Spaghetti Finger Leather Coral has a semi-aggressive temperament so be sure to provide adequate space between other corals. The Green Spaghetti Finger Leather Coral produces chemical compounds that can be detrimental to hard corals so care should be taken when introducing it into a mixed reef aquarium, taking into account its placement and size relative to the size of the aquarium. Routine water changes and the use of chemical filter media is often recommended in systems housing Sinularia corals to help prevent buildup of these chemical compounds.

Along with proper lighting and water quality, the Green Spaghetti Finger Leather Coral will thrive when provided medium to strong, intermittent water flow within the aquarium. This can be easily achieved with the addition of powerheads, wavemakers, or water circulation pumps.

The Green Spaghetti Finger Leather Coral is mounted to a natural "rock-like" plug that can be placed easily and securely in or between rockwork in the reef aquarium.