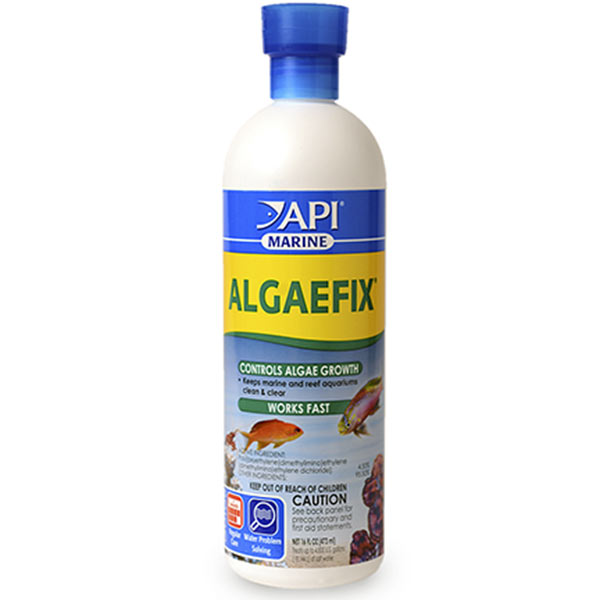 Clear up algae problems with revolutionary AlgaeFix for saltwater aquariums. API Marine AlgaeFix controls many types of algae growth in marine (saltwater) and reef aquariums, including Green algae, “Red Slime,” and “Brown Algae” in aquariums containing live corals, invertebrates, and fish. Marine AlgaeFix does not discolor water or cause foaming. Marine AlgaeFix should be used weekly to control algae growth, as part of regular care to reduce aquarium maintenance. 16 oz treats up to 4,800 gallons.

Marine AlgaeFix
Directions for Use:
It is a violation of federal law to use this product in a manner inconsistent with its labeling.