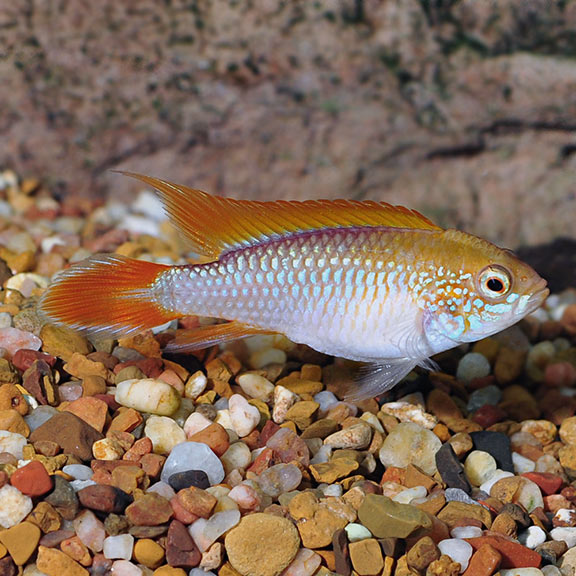 The Golden Dwarf Agassizii Cichlid is an egg layer that prefers to spawn in caves. If the female is not ready to breed when the male is, he will harass her until she is. The female will reciprocate the male's behavior once the eggs are laid if she feels that the cave is too cramped.

The Golden Dwarf Agassizii Cichlid is a carnivore and will consume a wide variety of foods. Frozen/thawed bloodworms, mysis shrimp, quality flake food and micro pellets make excellent food for these fish.