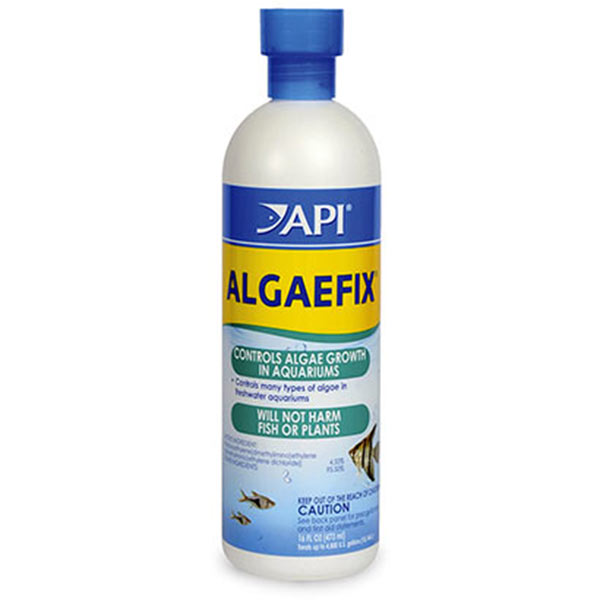 Freshwater AlgaeFix
Directions for Use:
It is a violation of federal law to use this product in a manner inconsistent with its labeling.

Purpose and Benefits:
AlgaeFix is a liquid algae-control product for use in ornamental fishponds, water gardens, fountains, and freshwater aquariums. AlgaeFix is specially formulated for use in ponds and aquariums containing live plants and fish. AlgaeFix controls many types of algae, including "green water" blooms and filamentous algae. AlgaeFix is colorless and non-corrosive.

NOTE: Do NOT use AlgaeFix with crustaceans, including crabs, shrimp, freshwater shrimp and freshwater lobsters.