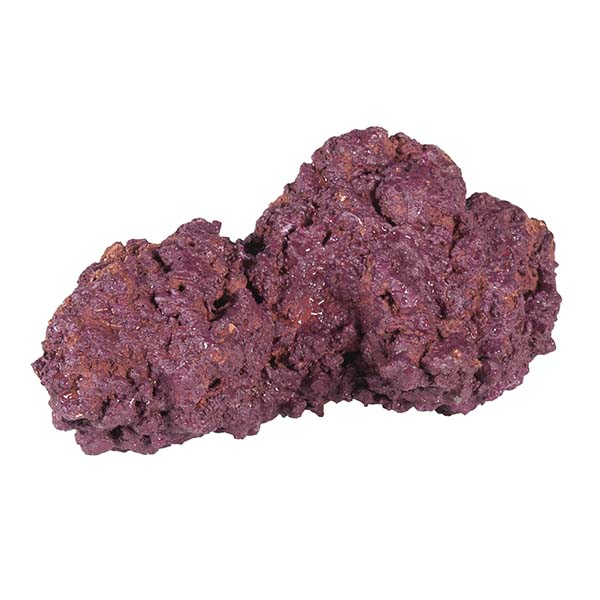 We are excited to offer the Walt Smith’s Reef Rock 2.1 Nano. This Nano sized, beautifully colored and uniquely shaped aquarium rock is helping to reduce the impact on wild harvested live rock. Whether you're establishing a new Nano aquarium, or topping off an existing aquarium with smaller pieces with affordable, beautifully manufactured aquarium rock, your aquarium will be filled with a diversity of shapes and colors once you have completed the curing process.

This Fijian hand crafted aquarium rock is manufactured with natural materials in Walt Smith’s facility in Fiji. Walt Smith’s Reef Rock 2.1 Nano contains pumice (volcanic rock) which will make the rock a bit lighter than wild harvested live rock. Lighter rock means a bit more rock to fill your aquarium spaces. This beautifully colored rock is pink and red throughout the entire rock making this a great choice for anyone who is looking to make their own shapes just use a hammer and chisel to create your own shapes.

Walt Smith International is committed to Fijian community based farming projects such as Reefproject 2.0 and the Coral Ark Project which adds much needed income and coral farming knowledge to many Fijian villagers. Walt Smith also contributes a portion of Reef Rock 2.1 sales to the ADE project.

Reef Rock 2.1 Nano is beneficial for both reef aquariums and fish-only tanks. It will provide a solid foundation for coral in the reef aquarium, and a natural aquascape in a fish-only aquarium. Walt Smith’s Reef Rock 2.1 Nano is easy to maintain in the aquarium, and makes an excellent candidate for the beginner to the expert aquarist. This type of rock requires moderate lighting and moderate water movement, along with the addition of calcium, strontium, iodine, and trace elements to encourage and maintain coralline algae growth.

We are offering Walt Smith’s Reef Rock 2.1 Nano in a 20lb box with an assortment of pieces ranging from 4” to 6” and is ideal for smaller aquariums. The recommended weight per gallon is between 1-1/4 to 1-3/4 lbs. For aquascaping, it is acceptable to alter the shapes and sizes of the rock with a hammer and chisel. This will not damage the integrity of this manufactured rock.

Upon arrival, we recommend placing your Walt Smith’s Reef Rock 2.1 Nano in a curing bin of salt water until the pH reads 8.0-8.4 and the ammonia and nitrites read 0, prior to introducing into your display aquarium.