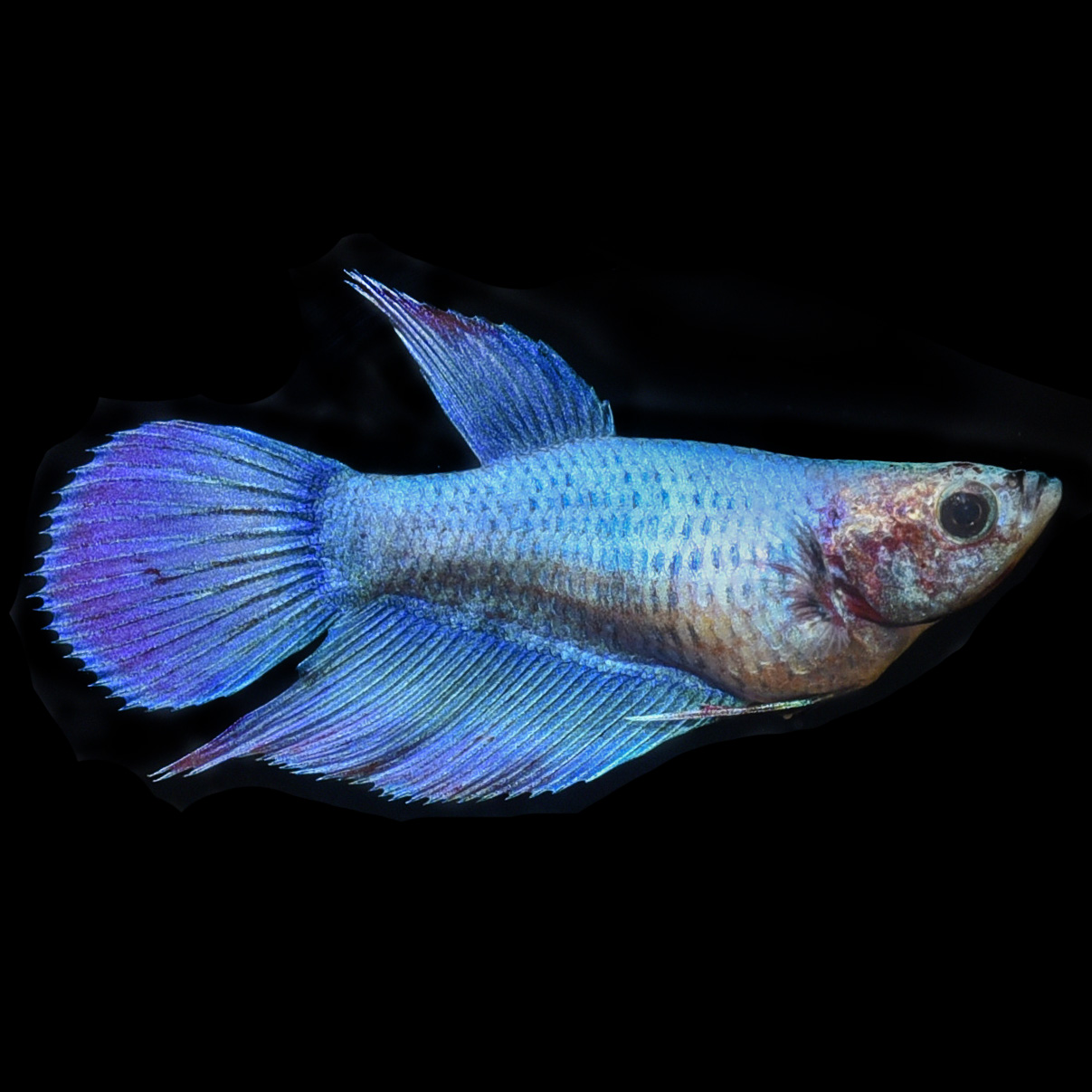 Veil Tail Bettas are an established Betta species and one of the most common choices for home freshwater aquariums around the world. Named for the way the tailfin resembles a veil when it is in motion as they swim through the water, Veil Tail Bettas come in a variety of colors including yellow, orange, blue, red, black, white, green, pink, and purple. The LiveAquaria® female Veil Tail Betta selection includes an assortment of colors (color choice cannot be selected).

Because of careful breeding the colorations and tail size and tail formation of Betta splendens are quite expansive and adds to their prized specimen status.

The Veil Tale Betta shares the same care requirements as other Betta splendens varieties. In their natural environment, Bettas are freshwater fish that live in heavily planted slow or standing bodies of water, such as floodplains, canals, and rice patties so do not require a large freshwater tank environment. Care should be taken not to house Bettas in jars or bowls even though their length at maturity is about 2.5”. With an easy care level, even beginning hobbyists can achieve success keeping this beautiful species of freshwater fish.

Only one male Betta should be kept in an aquarium. If you decide to keep females with a dominate male, it is suggested to keep more than one female, so any aggression is spread out amongst the females. If you are interested in introducing just one female for breeding purposes, you can use a breeding box that will allow the fish to see each other without attacking each other and then releasing the female if they are compatible. If all goes well, during courtship the male will wrap the female and she will drop her eggs which the male will collect and place them into a bubble nest he has created. The female should be removed from the tank after dropping her eggs.

Veil Teil Bettas are carnivores and should be offered a varied diet including quality flake foods, pelleted Betta food, and frozen or freeze-dried bloodworms and brine shrimp.