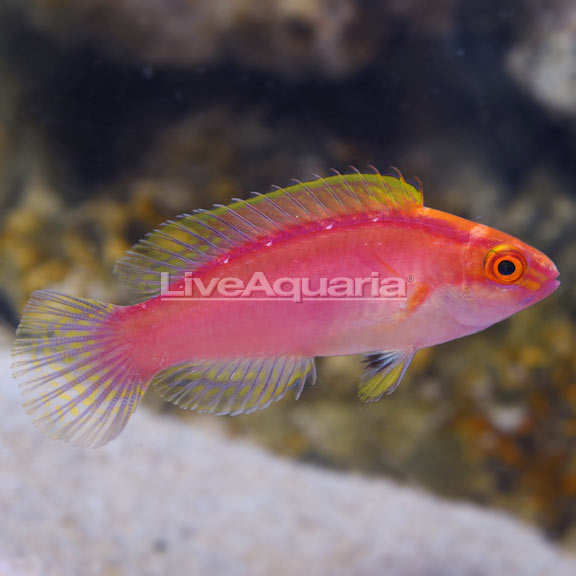 The Rose-Band Fairy Wrasse also known as the Fairy Wrasse is a peaceful fish that is sure to bring both color and activity to your reef or fish only aquarium. The adult male will be brighter and flashier than its female counterpart.

The ideal setup for the Rose-Band Fairy Wrasse is an established marine aquarium of at least 70 gallons aquascaped with a generous amount of live rock and plenty of open spaces to swim. The Red-Fin Fairy Wrasse is considered reef safe and should be housed in aquariums with other peaceful tankmates. A covered aquarium is a must since wrasses are known to be jumpers.