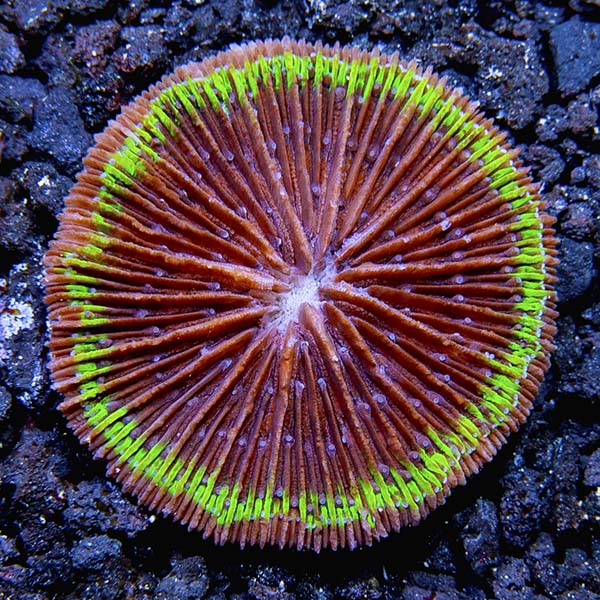 The Green Rim UFO Plate Coral is a fantastic variety of Plate Coral demonstrating a distinct concentric color pattern that imparts a fun, flying saucer-like appearance. Plate Corals are relatively hard-to-find corals that originate from the Indo Pacific region, including Northern Australia. Plate Corals are found free living within the rubble zones of the reef and have the ability to inflate themselves to both maximize light exposure, and to keep from being covered in sand.