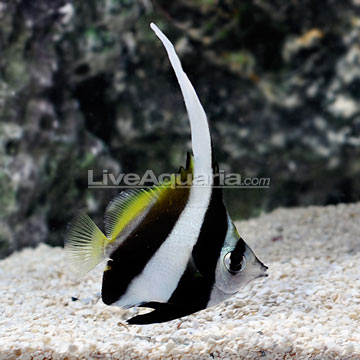 The Schooling Bannerfish may reside in a 125 gallon or larger aquarium with other peaceful fish and others of the same species, if all were introduced into the tank at the same time. When swimming, the elongated white dorsal filament moves like a banner in the wind.